Colorization Mechanic
When an enemy is killed, the entire world tints to match the color of the killed foe. Other enemies that are the same color change to maintain visibility in the new tint.

Difficulty Curve
As the player accumulates points, the spawn rate of enemies increases according to an arctangent function. Thus, the difficulty rapidly increases at the start of the game and levels off towards the end.

Infinitely Scrolling Background
A repeating image was made to continuously scroll in the background to create the illusion of movement. Each background instance has a fixed lifetime and upon its death is replaced with another copy that snaps itself to the right of the newest instance. 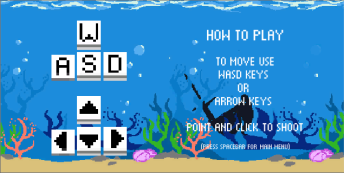 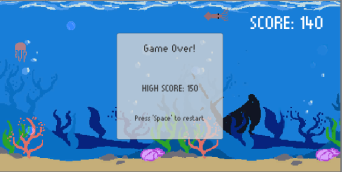 I am a game developer with an unquenchable thirst for knowledge. View all posts by Jonathan DiGiacomo